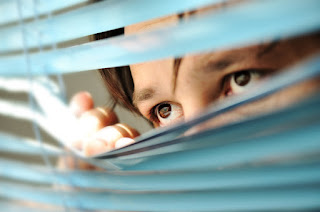 There’s been some evidence that hidden emotions are linked to some to anxiety issues.  That when we bury, or repress, negative emotions that can lead to anxiety. And since none of us are immune I thought I’d share my own story which of course, is still a work in progress.

I tend to be able to cope with major life or stressful events fairly easily. I go into a task oriented mode and deal with the situation clinically. My faith feels strong and connected with God when it’s a major crisis event. However, when small things upset me in big ways I feel disconnected, alone, even incompetent. As I did some soul searching this past year, I discovered some of the reason I have this problem is a hidden “should statement” in my brain. “I shouldn’t feel this way.” There are different “reasons” for my believing this statement but usually something like: “I should be a bigger person”, “I know better”, “Jesus would just forgive them”, “I should forgive them, I forgiven far worse”, “It’s just a little thing, this is ridiculous it's upsetting me”, “A nice person wouldn’t be bothered by this”, “I should just let this go, it’s no big deal”, and so on. I don’t know if any of these kind of thoughts ring true for you, but they’re pretty common for those of us with anxiety.  The wording may vary from person to person but the theme is similar.

One little text from a friend or family member can set me into a major tailspin, while a car crash I’m able to work through without going through any major anxiety or panic attacks. Then I begin to question my own sanity. “I’m so stupid. Why is this one little thing bugging me? It’s not the end of the world.” But still I find myself stressed over that one little sentence. Other thoughts seep in. In the past family members have been upset with me over what I believe to be very little things. So upset, in once case I never heard from again even after writing a few letters. Like things creating big conflict. Things like forgetting to call before showing up at their home, not keeping in touch often enough (not that they ever kept in touch), posting a picture on social media, or even making a pie (long story). So because it’s happened before I’m thinking FOR sure this is going to happen again. In fact it will likely happen anytime there’s any conflict.

This is my hidden emotion, or hidden thought if you will. Fear of abandonment because I might have said or done something wrong.  In my mind I wonder what’s wrong with me? I do my best but I still screw up. I put energy into being the best I can be but it doesn’t ever seem to be enough.

Now I don’t know about you. but I can see a lot of distortion’s, exaggerations, or untruthful thinking, just in those few sentences/questions. But even though I know there’s distortions, and they’re not true, when I’m feeling anxious I believe them 100%.

Most of the time we can crush a thought without figuring out why it’s there in the first place. BUT with hidden emotions we do have to do some digging. While knowing why we have a particular thought doesn’t usually crush it, we end up in a loop of thoughts until we draw it out.  We work on surface negative thoughts but they repeat the next time a stressor comes our way. This is deeper work. Digging down into our hearts.

One of the ways to search out a hidden emotion is to recognize patterns between certain kinds of stressors/events and certain thoughts.  Another way is to use the “downward arrow” a cognitive technique. And lastly an easy place to start is 'niceness' since, for about 75% of those with anxiety, the most common hidden emotion is niceness.  Now, I know ‘niceness’ isn’t really an emotion. It’s a self-defeating belief.  I’m supposed to be nice (because X) and therefore I can’t be upset, angry, hurt, etc. That’s the emotion part of it. The anger, hurt, etc.  I encourage you to listen to this podcast by Dr. Burns about anxiety and hidden emotions: https://feelinggood.com/2017/03/13/027-scared-stiff-the-hidden-emotion-model-part-5/

But in any case, whatever your hidden emotion/self-defeating belief, to crush the negative thought we may need to use several tools. We need to come up with a positive belief we can believe 100%. One of those techniques is acceptance. The crazy thing about accepting a negative belief is you can actually crush it by seeing the value and truth in it. That may sound really strange, but it actually helps you to positively reframe it. Let me give you an example. So one of my thoughts regarding my anxiety when a mistake is pointed out to me is: “It’s not fair. I try really hard to honour my friends/family’s wishes and when I screw up they shouldn’t be angry with me. I’m only human.” So let’s break that down. First of all, it hinges on the fact that nobody should get angry or upset with me, ever. Is that realistic? What am I asking of those around me if they should never get angry, or hurt, or upset ever? Is that fair of me to expect that of them? Note this line of thinking is doesn’t put more blame on me or them. It’s just to see the reality of the situation as it is. If I screw up and hurt someone they have a right to get upset, hurt, angry, or even just let me know (they might not be feeling any of those things, just pointing out something I did). There’s nothing wrong with that. It doesn’t make them a bad person or me a bad person, we are all human. We all make mistakes. We all have feelings.  Getting angry isn’t the end of the world, nor does it necessarily mean the end of a friendship. I don’t need to withdraw just because I’m afraid of anger. I might not like it, I might feel uncomfortable about it, I might wish it never happened. Those are acceptable thoughts.

Now there are some truths in my negative thoughts listed above, for example I do try hard. Here’s one way to refrain this thought. I care a lot about my friendships in my family and so I try hard to be the best person I can be but sometimes I screw up and that hurts them. It’s OK for them to express this hurt however it affects them, whether that is anger or pain, and in it which ever way they want to communicate that to me. I don’t have to fix the problem in fact many times I can’t it’s something that can’t be undone.

Positive reframing is only one way to deal with a negative emotion and it works even better if you can dig deep and find the hidden emotions and self-defeating believes underlying this anxiety. Unfortunately positive reframing doesn’t work all the time and sometimes you need other tools where you can talk with someone else through them. I went through this with a negative thought about being a failure as a mother.  I did some of the CBT tools by myself which helped quite a bit. But I still had anxiety on and off until I did a short role-play technique with a peer. That 10 minutes cured months of anxiety and it’s been gone for a year now. Now we do get relapses, that’s guaranteed. But we know the tools to use to help squash those painful anxiety feelings by crushing the negative thoughts. We use the same ones that gave us the first victory. So if your dealing with anxiety, try the self-help books they are very powerful (especially “When Panic Attacks” by Dr. David Burns) and if you still need some support look for someone you can talk to who is willing to work with you using these tools. You can even find a friend who read the book as well, and practice together or look for a therapist near you. Let’s face it we are all defective human beings and it times we need a helping hand. How critical are you someone else who says they need help? I bet you’re more critical of yourself. So if it’s OK for some people to get help why not you?

TEAM CBT - a framework for therapy/life coaching that is evidence based,... 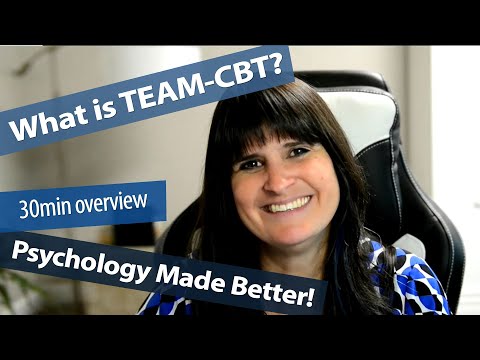